Jean-Thomas began his extraordinary career as a pastry chef from the age of 16. He spent the first five years of his training in his home region of Alsace, France. His first experience abroad where he not only improved his techniques in pastry design, development and creation, but also in learning the English language.

When Jean-Thomas moved to Paris he joined Potel&Chabot, The George V and the Meurice Hotel restaurants, all of which were at the time Michelin 3 star restaurants.

In 2010 he took on the rôle to become Production Head Chef at the Puskin Cafe with Chef Emmanuel Ryon, World Pastry Champion and Meilleur Ouvrier de France (MOF).

With dedication and talent, Jean-Thomas’s passion for his love of being a Pastry Chef, helped him to compete and win his first award in 2017 where he won the title of World Pastry Champion.

In 2018, he won the title of World Ice Cream Champion.

With both these prestigious awards, Jean-Thomas is the only one Pastry Chef in the world to have won both World titles.

In 2019, Jean-Thomas has been awarded Meilleur Ouvrier de France (MOF), the most prestigious prize across France and globally. 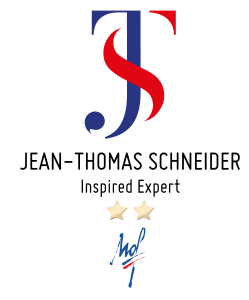